Onenightfriend
Blog
What Do Polygamy Means and Is It Right for Me?

The Main Pros and Cons of Polygamy 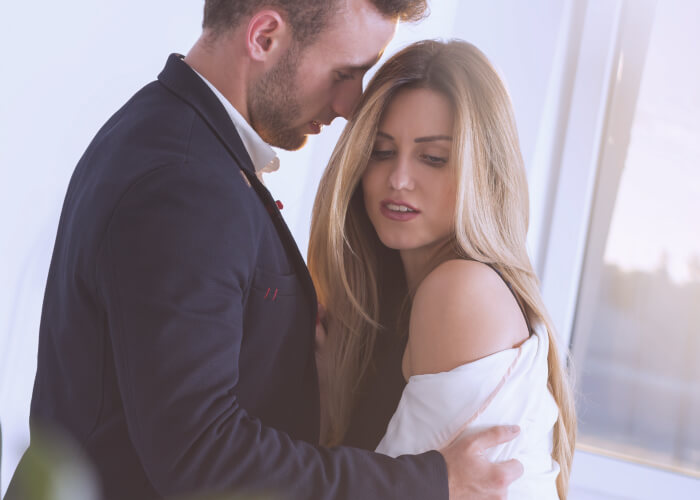 You may have heard about the custom of having multiple spouses, but do you really understand the polygamy definition? You may be confused about what is a polygamous marriage and what it means to be in one. The practice is defined as “having more than one wife or husband at the same time” and is the opposite of monogamy, which refers to having just one spouse at any given time. Polygamy was once quite common all over the world, and despite it now being illegal in many countries, lots of people still practice it. Thanks to the internet, it’s become easier than ever to meet like-minded people for polygamous relationships. There are both advantages and disadvantages of polygamy, and both should be considered carefully before embarking on this type of relationship.

When people are allowed to pursue polygamous relationships, they’re given freedom of choice and a chance to live in a way that makes them truly happy. It can be argued that allowing someone to marry a person or people they love should be a basic human right. Polygamy lets people live how they want with no pressure to conform.

Polygamous families have multiple wives and children, which means that there is always someone there to chat with. There is always someone on hand to confide in and to lend a shoulder when times are tough. This reduces the likelihood of depression developing, especially among children. Another advantage is that there’s always plenty of people to help with household tasks, taking the weight off any one person, and lowering stress levels.

In polygamous communities, levirate marriage is practiced, which means that a man’s heir or brothers will go on to inherit his wife when he dies. This ensures that the wife and her children will still be looked after, continuing to receive financial support. They can maintain a comfortable standard of living even when their husband has died. This can be very comforting not just for the wife but for her husband before his death, knowing that she will be cared for even when he’s no longer around. This is arguably one of the biggest benefits of polygamy.

A man with multiple wives may abuse his power in a polygamous relationship. He is the head of his family, and he has control over decision making in the household. This can lead to him being unfair to his wives simply because he can. Many people think this why polygamy is wrong and think there is not enough equality in this type of relationship for it to work. Furthermore, some studies have demonstrated that women in polygynous marriages experience higher rates of mental health problems compared to those in monogamous relationships.

Polygamy jealousy is one of the biggest problems of this type of relationship. The setup of polygamous relationships fosters jealousy and competition, and this can lead to significant levels of conflict between wives. There have even been instances of wives poisoning one another’s children to benefit their own! In theory, the husband should treat his wives equally; however, this is rarely the case. He will usually favor one wife over the others (usually the youngest or prettiest), creating tensions and unease within the household.

Many polygamous marriages have lots of children, which means the man may not have enough time to spend with them equally. Some are likely to lose out on the attention and love they need to thrive, affecting their emotional development negatively. It is children who often lose out the most in a polygamous relationship, particularly as they may struggle to understand why their family is so different from their friends’. It’s possible that they will be teased by people who don’t understand their family setup. Is there love polygamy? Absolutely, however, the question is whether there is always quite enough to go around.

How Does Polygamy Work?

Many people are aware of polygamy, but few understand how it really works. It can be hard to comprehend, with its principles lying so far apart from those of conventional monogamous relationships. When we talk about polygamy, we’re mainly referring to a form known as polygyny, which is when a man has multiple wives. However, polyandry (when a woman has multiple husbands) and group marriage also exist. These are the three forms of polygamy. Everyone lives under one roof, including children. How it works is a man marries one wife, and then together, they actively search for the others to join the family. Online dating sites have made it easier than ever to do this, with several websites catering specifically to people in polygamous relationships. Rather than simply being the man who goes looking for another wife, the whole family will join in the search. After all, it’s important that the person chosen is someone that everyone gets on with and can enjoy spending time with. Many people first learned about polygamous relationships by watching the TLC show ‘Sister Wives.’ The show features a young man called Kody Brown, who has four wives and 18 kids.

Polygamy may be immoral in many modern countries. However, there’s an argument to suggest that it’s becoming more popular over time. A recent study shows that the percentage of Americans who find polygamy to be morally acceptable in society has doubled in the past ten years, rising from 7% to 16%. If you’re thinking about embarking on a polygamous relationship, think carefully before you proceed. There are many benefits of polygamy, but there are some drawbacks too that you need to think about. If you’re ready to be a man with multiple wives, it makes sense to head online to seek out women who are on the same page.