Onenightfriend
Blog
How to Tell if a Married Woman Likes You 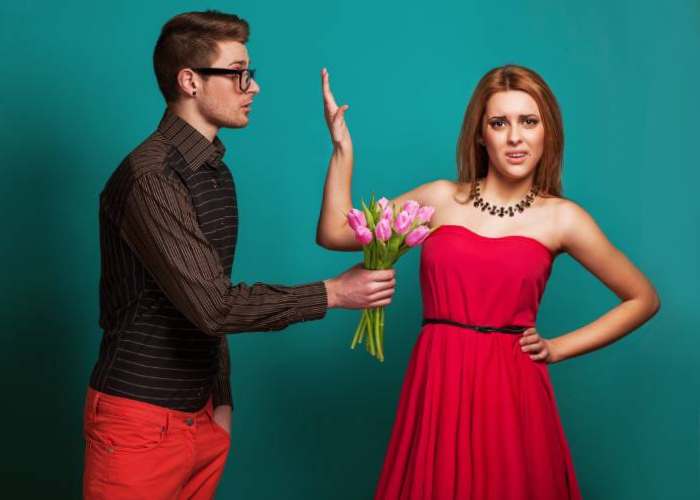 One thing about life is that you have no hand in who you are attracted to. Sometimes people find themselves falling for people that they shouldn't be involved with. That's just the force of attraction between the opposite sexes.

That's why dealing with a married woman can be quite complicated. In most relationships involving married women, the force of attraction(read lust) is so strong that caution is thrown to the wind. In other instances, it is a case of true love for both parties. Regardless, some men find dating relationships with married women to be fulfilling because of the perks that come with such interactions.

You might be on the verge of such a relationship. You may be getting signals from a married woman, but you are confused about what they mean. That's one of the twists that come with dating married women. She has to be careful about how she conveys her desire, or she might soil her reputation. On the other hand, you can't move on her until you are sure that you both want the same thing.

Signs a Married Woman is Attracted to You

How do you know if a woman likes you? She shows you, right? It's the same with married women. Owing to her marital status, she has to be discreet when looking for a partner outside her marriage. So when she likes you as more than a friend, she will let you know using signs. The thing about the signs is that they are mostly innocent, so you could miss the message if you are not looking for them.

That's why you want to watch out for the following signs:

She Finds Reason to be Near You

A married woman who wants to hook up with you will always want your attention. So she will want to always be around you to get it. She just needs the flimsiest excuse, and it's enough reason for her. Sometimes she may not even need one to be around you. She wants to hang out with you as much as possible and always seems pleased whenever she is around you. She even makes out time for you, even with her busy schedule. If you notice any of these signs, then the odds are that she is attracted to you.

She Gets Jealous When You Are With Other Women

This should be a more obvious sign when she slips and exposes it. A married woman will rarely show signs of jealousy if she can help it. However, sometimes she might not be able to rein in her emotions if you notice that she acts differently whenever you mention a woman. Or she acts funny when she sees you one; then you are unto one of the signs a married woman is attracted to you.

Physical touch is a manifestation of interest, so a married woman who wants you will always want to touch when she can. She can't help it. She needs to get touchy-feely with you because that's the way her body responds to you. It's simply the force of opposites attracting. You will get many accidental touches, a lot of bumps in corners and hallways, and a lot of lingering handshakes. Take them all in your stride because that's how to tell if a married woman is attracted to you.

You Get Seductive Passes

These could range from her licking her lips while holding eye contact to giving you dirty looks. You might even get to catch her biting her lips while looking at you. Seduction is another indicator of interest, so when you get these seductive passes from a married woman, the ball is literally at your feet. What you do with it is up to you. How to know if a married woman likes you more than a friend? The passes she makes. No "friend" will make such passes if she does not want to get down.

She Always Flirts With You

When a woman is always turning innocent conversations into an opportunity to flirt with you, you know she is up to something. The same rules apply to married women. She will always look for ways to let you know she is available for a romantic affair with you. Flirting allows her to do this in a lighthearted manner, so she does not get embarrassed if you are not interested.

If you are looking for how to tell if a married woman is in love with you, then this one of the signs. When you get chats, texts, and even calls at odd hours of the day, then you should know you are on her mind. If you are on her mind at that time of the night, guess what you are doing there. You can be sure that she is not thinking of doing brotherly things with you. She definitely wants more than a platonic friendship from you.

She Invites You for Drinks

This is an advanced seduction. One of the signs a married woman is interested in you is that she will always want to spend time alone with you. Ask yourself why a married woman would want to go for drinks alone with you if it's not a date situation. Few indications of interest are as clear as this.

They say the eyes are the windows to the soul. For married women looking to get your attention, this is especially true. How do you tell if a woman is attracted to you by her eyes? Simple. Just look into them. You will find any (or all) of lust, love, desire, passion, and intensity. Take your pick. You won't be able to get out of her sights whenever she is around. When you try to maintain eye contact, you will feel that she is undressing you with her eyes. If you are getting this from a married woman, you can be sure that she wants to be more than friends.

She Tries to Show Her Worth

If you notice that the married woman in question is always trying to show you how much of a catch she is, then you might have a relationship on your hands. She is always trying to impress you by talking to you about some hobbies, dreams, or interests that she thinks might make you see her in a better light. You will find that she says things that require you to answer in a manner that shows how great she is. This another tell-tale sign a married woman is interested in you.

Now that you are familiar with knowing if a married woman likes you more than a friend, why not take things a bit further. Check out the signs a married female co-worker is interested in you. 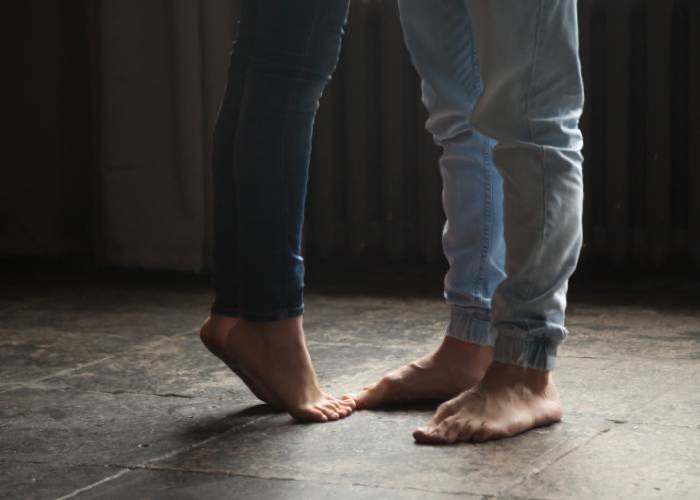 One of the places where you are most likely to get into an entanglement with a married woman is the workplace. After working together for a while, it's only natural that feelings might start to develop. You see each other for at least tens of hours every week. So it's only a matter of time before personal information is shared, sparks start flying, and boundaries get crossed.

So what are the signs a married female co-worker likes you? You need expert tips on how to know if a married woman likes you more than a friend? Read on to find out.

And the list goes on and on. Married women are different, so there are many other signs she may show you at the office. Has a married female co-worker displayed any of these signs? If yes, then you now understand why.

Dating relationship with a married woman is as complicated as it gets. You might want to avoid one, given the risks involved. On the flip side, you might also want to make advances. In both scenarios, its important that you know for sure what she is down with. Hopefully, you now have some pointers in this article that should help you make up your mind on that.