The world is very complex with regard to gender. As more people are comfortable coming out as trans, the dynamic of dating is bound to change. It's necessary to examine the features of transgenderism to learn more about what it means to be trans and how many people are trans in the present day. We're going to review many of these topics to show you what you need to know about transgender relationships to be respectful of others. 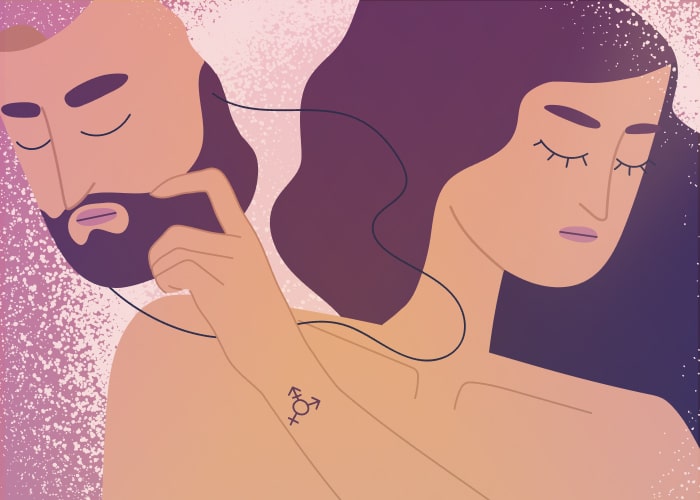 When you consider transgender relationships in the context of all interpersonal relationships, they share many of the same difficulties and get the same benefits as any other people. Dating someone is a great way to build rapport and test compatibility to see if you want to spend a significant portion of your life with them. That being said, it would be unwise and inaccurate to maintain the position that trans people do not have many unique challenges facing them in relationships.

For that reason, online dating sites have become a haven for many trans people. They enjoy having the opportunity to meet singles in a modern dating setting where they can be themselves. Not only does online dating ensure physical security, but the best transgender dating sites can also help guide people to their best possible matches. Dating sites provide the opportunity to solely look for trans people to date and allows trans individuals to meet singles that already know that their gender. That way, it's less of a steep climb into a relationship since the expectations have already been set.

As we've said, online dating is a safer alternative to meeting people in person because transgender people face such difficulty finding dates and face constant threats of violence. In this context, online relationships are simply better.

What Does Transgender Mean? 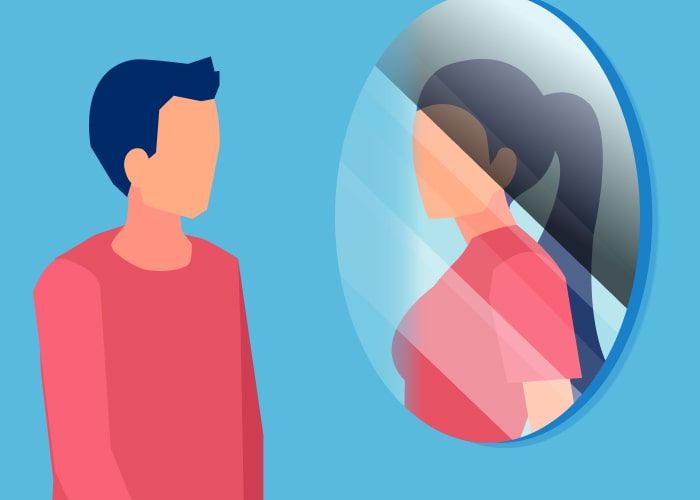 Before we get into the other aspects of gender and the impact on the world, it's important to look at the question, what does transgender mean? The transgender definition that is most commonly accepted says that trans people are those individuals whose personal identity and gender does not align with their birth sex. Transgender people do not always align with male or female as their gender, either. Since gender is best represented as a spectrum, it's important to understand that people can be non-binary or genderqueer, where they take aspects of traditional masculinity and femininity with unique elements to complete their personal gender understanding.

Now that we know the meaning of transgender, it is necessary to look at the gender ratio around the world and the information that we can glean from this understanding.

Gender Ratio Across the World

The gender ratio across the world is not as equal as the binary would suggest. According to the statistics available, there are roughly 105 males born for every 100 females born around the world. That seems to suggest that the gender ratio is partial to makes. This is unique considering the fact that boys are more likely to die in childbirth than girls. We will examine the social and economic conditions that have led to this ratio, but it's also important to realize how many people in the world are trans.

Based on the data from the U.S., roughly 0.6% of adults or 1.4 million people identify as a transgender man or a transgender woman. This is one of the most permissive societies in the world, but it is likely that more people are trans and have not yet come out. Numerous factors impact this ratio in people. 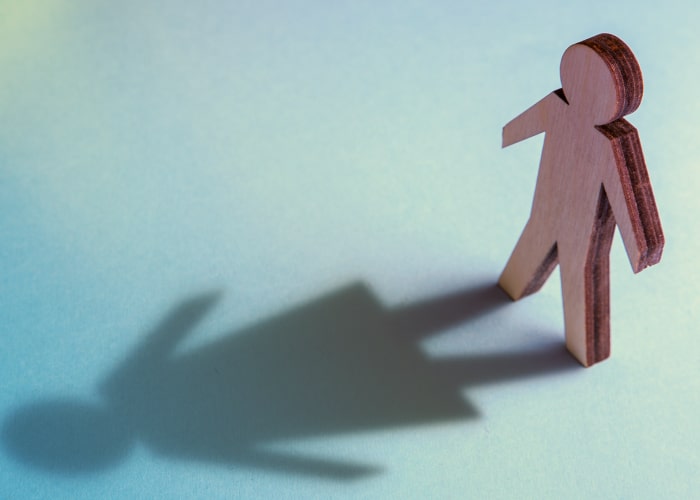 How do we get this sex ratio in human beings, though? Several factors that come into play when looking at the live births of males, females, transgender men, and transgender women.

The social aspect of sex has always been important. The idea of primogeniture is carved into most societies. That is the idea that a male must be born to inherit the family lands, properties, money, and legacy. It's the same idea that led to requiring a male heir to be born in kingdoms. So, families prefer male children, and there are scientific means to determine sex ahead of time to abort females or treat them so poorly that they do not live to be counted in the sex ratio.

When it comes to the natural sex ratio, more males tend to be born than women, but women live longer than men. Thus, the natural ratio evens out and comes closer to 1:1 over time, with trans people being such a small group of outliers that it barely impacts the overall counting. Trans people could account for a change in the ratio by naturally having body dysmorphia that makes them realize they're trans. Again, the number of trans people is significant, but still not enough to top the ratios of billions of people.

Economically speaking, it was better to have boys born than girls in some families. As many people know, there was a halt to multiple births in families in China. That led to increased pressure to have sons, and that led to a wild overall skew for several years in that country.

All in all, many factors are affecting the sex ratio. The number of trans people is not so significant in the grand scheme of things, but it's important to be aware of trans people.

Gender Ratio at birth and through the life course

The simplest way to approach this question is to look at the ratio of people that are trans men and trans women. Based on the information available, it seems that male to female transitions is far more common than female to male. Even at the 2-4x the occurrence rate, it's too small a variance to impact the sex and gender ratios in a country.

Biology or Discrimination: Which Countries Have Skewed Sex Ratios at Birth? 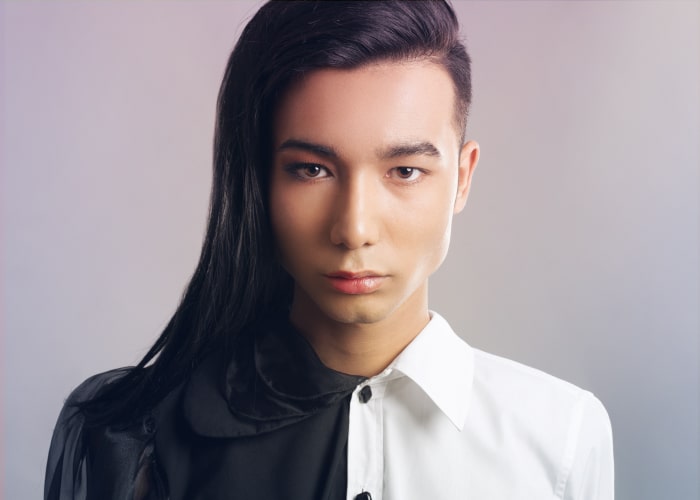 Some countries have a profound skew with sex ratios at birth, leading some to ask why there is such a skewed ratio. Some of the countries with the greatest skews include:

In some cases, it is thought that the prevalence of disease leads to the sex ratio being skewed. However, the fact that it was always skewed in favor of boys led many to believe that it was a discriminatory practice. China's one-baby policy, the desire for male heirs in other countries, and poor care being provided to females led to more males being born. Furthermore, data suggests infanticide took place to quell the female population. Moreover, girls that are born and "missing" suggests that gender discrimination had a large part in harming the people.

It is believed that the United States, Brazil, and Thailand have the greatest number of transgender men and transgender women per capita in the entire world. However, as countries become more accepting of them, more trans people feel safe coming out and getting gender confirmation surgery.

Consequences of a High Sex Ratio

What happens where there is too high of a sex ratio? Well, the answers are negative because the social implications can have a profound impact on society. Here are some of the ways that a high sex ratio can impact the lives of transgender males, transgender females, and the binary male and females:

These are the main problems that come with a country having a high sex ratio. Some people believe a high sex ratio can lead to people becoming trans to find romance, but there is no evidence or studies that support this notion. Thus, it is fine to dismiss that notion out of hand.

What's the difference between sexual orientation and gender identity? 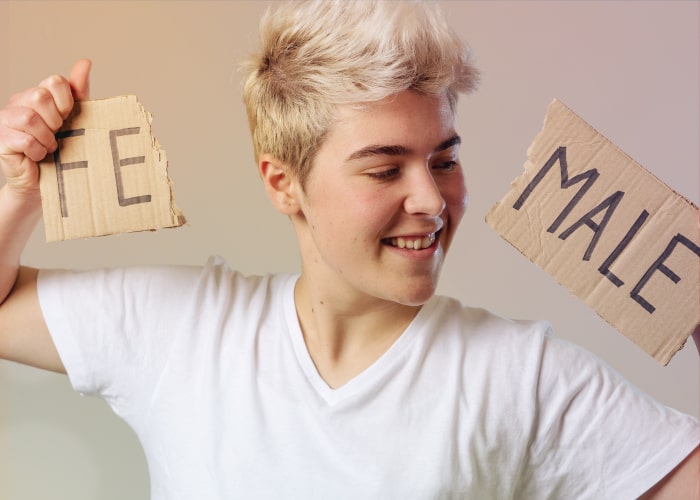 Sexual orientation is the romantic or sexual attraction that a person has toward another. This can be different sexes, same sexes, or other genders entirely. The idea of gender identity is when a person conceptualizes themselves as male or female. The gender does not always match the birth sex of the individual. Moreover, there are rare cases where a person doesn't identify as either or any of the genders. These gender identities are often manifested in the outward appearance of a person, such as the clothes they wear, the hairstyle, and more.

These differences can help you understand the reasons that people are transgender and why someone's sexual orientation can be completely independent of their gender identity.

Why is Transgender Equality Important? 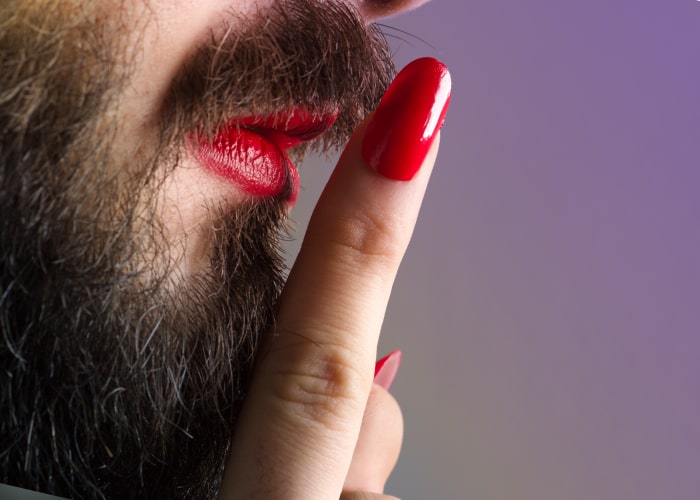 While the transgender population continues to grow, there is a lot of work to do. They are not considered equal in many parts of the world, including those that have the greatest acceptance of them. Here are some of the areas that must be worked on if transgender equality is to become a real, tangible element of modern society.

In many countries around the world, transgender people have no protection against several elements of discrimination. For example, some businesses refuse to hire trans people. That is an affront to equality in society, and the trans community lacks legal recourse.

Since many trans people are treated as outcasts, they can be impoverished. The problem with that is that the poverty they experience is that it can affect other parts of their lives, making them less capable of dealing with mental health issues. This a major contributing factor to suicide by trans people.

From family members to people in the workplace, trans people face a great deal of stigma. People are not educated about trans people, so they are often fearful and discriminatory toward them.

Trans people are some of the most often murdered per capita. Violence often occurs in romantic settings and in public places alike. They need protection.

Healthcare packages often will lack the designation of the individual's gender after they have transitioned. In some cases, this leaves them unable to see to their mental and physical needs.

Some places refuse to issue someone documents that reflect their true gender and name. This deadnaming process hurts the individual and can only confuse interactions with healthcare providers along with law enforcement.

There are many issues faced by the trans community. Until they are guaranteed rights, and people are more accepting of them, there will always need to be work done to help this population.


There is a lot to learn about understanding transgender relationships. The takeaways from this article should be that the community needs the understanding and help of others to overcome all the problems they have faced in the past. As such, it is important to realize why trans people are so inclined to date others on websites. They know that these sites are the safest place to meet other people and offer the best opportunity to make meaningful relationships happen.