Onenightfriend
Blog
Sex chat. How can it affect your hook up?

Benefits of Sexting Online and Affection on Hook Up 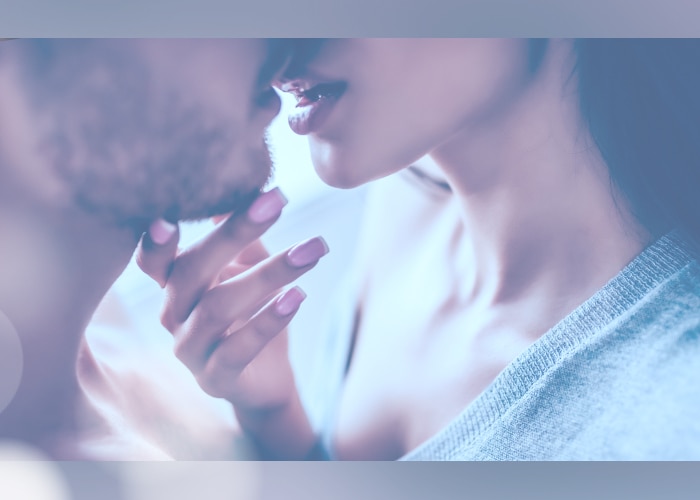 Talking about casual sex with a person via sexting is one of the most exhilarating activities that you can partake in, but did you know that it comes with a wide variety of benefits? Sexting is something that you can do from home that allows you to relax and talk to someone in a very private way. Aside from the mental state of relaxation that you attain from naughty chat, you can also benefit from learning how to talk dirty with someone without the stress and embarrassment of being right in front of them. That way, you can ease into the conversations and find out what works for you and your partners. Of course, there is another very useful benefit of this kind of chat - it’s the gateway to having wild sex and by way of hookups! When you are talking dirty with someone on a dating app or just by chatting on your phone, you’re going to get them going. They will start wanting sex so bad that they’ll be more than willing to meet up with you to get it. The next time you’re chatting with your partner about what you’re feeling, know that it might be just the thing to get them in the mood for a night of romantic fun. Another reason you’ll want to participate in this fun activity is that it will build up your confidence for the future. For many people, the hardest part is starting to talk about naughty things, but with enough practice, it will become second nature, leading to many different days and nights of fun with online sex. 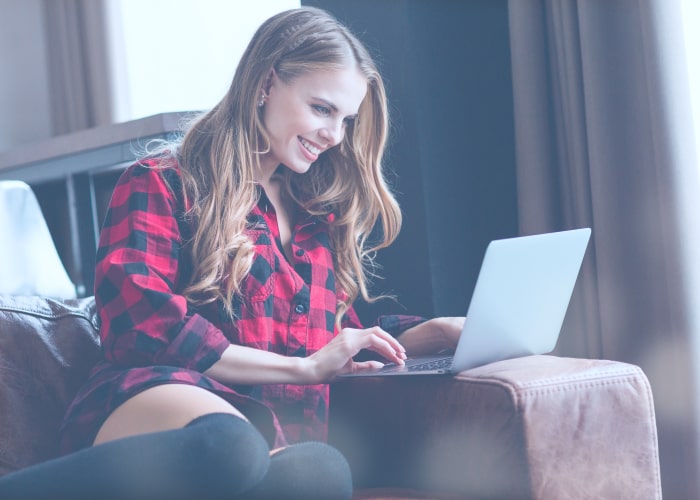 A lot of people think that the hook up is the final word on sexual interactions with people. However, the truth is that dirty sex talk is gaining ground. In many significant ways, online sex with words, pictures, and videos is becoming a new form of casual sex. Not only is this more discreet than trying to meet and hook up, but it’s also safer for people on both ends. After all, both parties can get some satisfaction and fun as we’ve previously mentioned. Another dimension of naughty chat as it pertains to the changing sorts of casual sex is that it’s very common in the present day. This is not even the first generation that took part in sexting. As far back as direct messages in chat rooms and private messages on computers, people used them for naughty chats and set up their future hookups. The only real chance is that it has become a lot easier for people to communicate more completely. In the past, uploading pictures and videos was nearly impossible owing to the need for computer accessories. With the right smartphones and apps, you can send some pretty lurid messages to your partner. The modern-day is ultimate sexting, and it keeps getting better! While it is normal, people have not grown tired of this arrangement. In fact, the present day has seen a sharp uptick in the number of people that have participated in some kind of kinky chats with their romantic partners. After all, dirty talk can be used both as a sexual act or to prepare for another one entirely. So, the next time that you’re thinking about the act itself, you might want to learn how to have sexy chats that can lead to more creative actions! 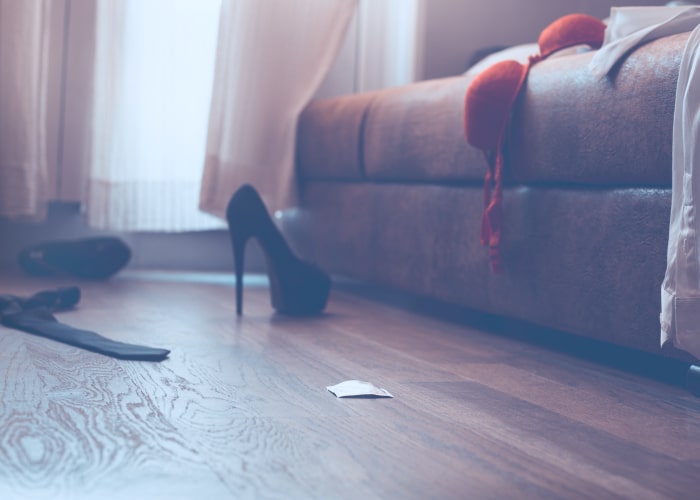 There are a lot of reasons we’ve mentioned that people should get involved in dirty sex talk both online and face-to-face, but one of them that we need to explore deeper is that sometimes words can lead to actions. When you are thinking of sex and talking about it with a partner, you will manage to come up with some new ideas of your own, or you will hear about new ideas from your romantic partner. You might hear about new sexual positions or hear about different actions that you may never have considered on your own. The important thing is that when you start talking about trying new things with a romantic partner, there is a tendency for them to happen in real life. Thus, you might discover that your partner is into some absolutely crazy sex ideas, and they want to try them out with you as long as you’re willing to indulge their fantasy through some hots texts in the meantime. You might spend the entire night working out how to make the sex acts work, but the fact remains that the next time you share a room with that person, sparks will fly. Another thing to keep in mind is that you can use sex chats to make your next hook up better. Every person that is having these steamy chats has some ideas about sexual positions or games that are major turn-ons for them. Just because you want something doesn’t mean that you will get it, and your partner is not a mind reader. Thus, the best idea is to start mentioning these potential sex acts to your partner when you’re engaged in sexting, and then bring it up again the next time you have them over. Not only is it easier to discuss these things when you’re not in the same room, but it’s also necessary to “open the door” to the conversation when it matters most, i.e., when your date is in your bedroom. As you can see, dirty words can turn into a sexy reality if you plan out your words carefully.

How Should a Man Initiate and Make Chat Sexier? 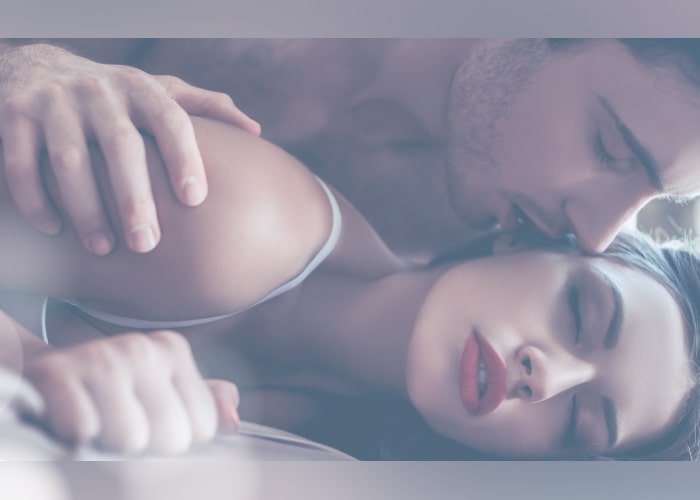 In the same way that a woman likes it when a man initiates most other conversations, women love the idea of a man taking control of hookup texts. They want the man to put his desires out there and then tell her all about them. That doesn’t mean you should open up a conversation with a woman with something naughty, though. Build up the relationship until you get to the point where this kind of conversation seems natural and then act on it. Now, a lot of guys don’t know how to talk dirty, but the good idea is to start the process and take things forward gradually. Talk about how your partner makes you feel, what you like about them, and what you would like to do. Be flirty and vague at first to gauge their interest. From there, you should remember that the relationship is all about the give and take. You can’t be expected to carry the entire conversation - your partner has to get involved with the action, too. That means you should always wait for replies before taking things to the next level. Another thing that too many men forget to do is ask your partner questions. They want to give their input, but they might be a little too shy to tell someone they’re planning to hook up with about their innermost desires. Allow women to tell you what they want from the interaction, and most ladies will be more than willing to share what is going through their minds. They will often match or surpass a man’s expectations in the realm of dirty chatting, too! Women like it when men take the initiative in these conversations for a lot of reasons. It lets them relax and see where the guy is taking the conversation, it gives them a chance to digest the information they’re getting, and they can set their expectations for the future hookup based on the way a man talks. For example, if a guy is obsessed with one particular sex act, then there is a good chance that it’s going to occur when they meet and hookup.

Should a Woman Start a Hot Chat? 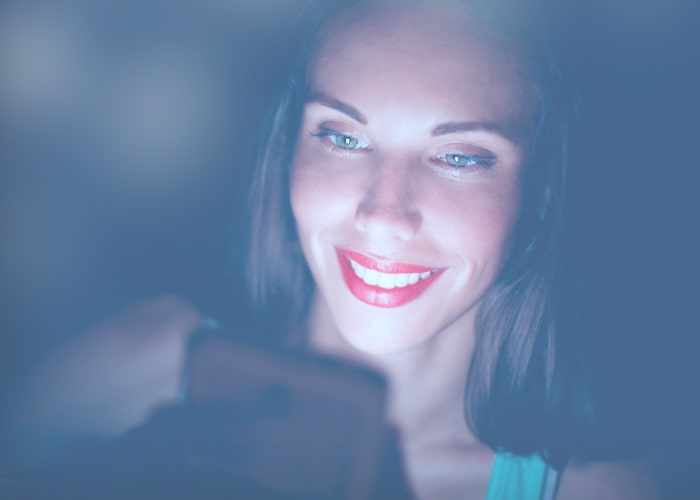 Now that you know why so many women prefer men to lead the way in terms of erotic chat, another question has to be examined - do guys like it when the woman takes the lead? In other words, if you’re going to start sexting men, will they respond to it positively? There are two general schools of thought on the subject. Some guys might be intimidated by a woman that strongly comes onto them. However, the fact is that the vast majority of guys would be very intrigued and turned on by a woman that is brave enough to put her sexual desires out there and communicate with a man first. Many men will be more willing to talk about their own desires when someone is open and honest about their own first. Since most guys have never found a woman that was forward about her sexuality in their lives, they would be very open to the experience. For women, it’s a relief to be able to go online and have naughty chats. After all, women are expected to be so reserved when they’re in the public setting that it’s a relief to be able to express their naughty side to their chat partners online. Don’t be surprised if things begin to escalate with your partner very quickly from there. Once a woman is in the mood to talk dirty, she might be willing to have you visit her at home later that night. Overall, women taking control of a naughty chat couldn’t be more natural or fun, so it’s important to be receptive when you find a woman that has a perfectly dirty mindset.

A Few Tips on How to Behave During Sex Chat 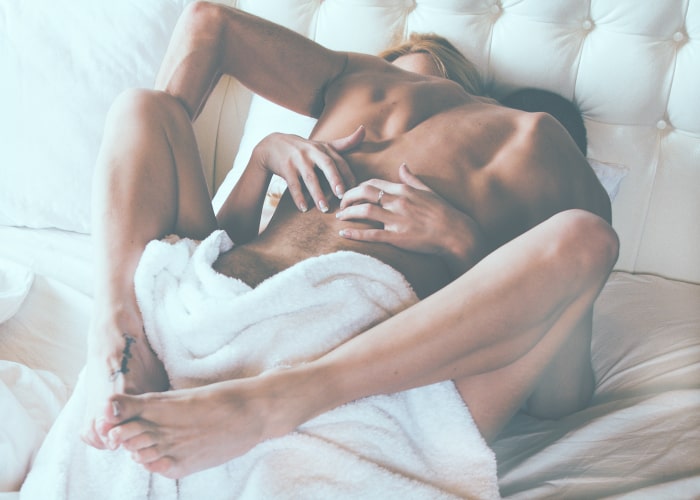 Having a successful naughty chat session is more than knowing sexual words and saying them to someone. There are certain ways that you have to act during a sexting experience to make it good for both parties. Moreover, when you’re talking dirty, you have to abide by behavior rules. Here are some of the tips that you should know for when you get involved with sexy chats.

As you can see, there is a lot to learn about the world of sex chats. Talking dirty now can lead to the chance to hook up tonight. All you have to do is find the right partner to get on the right page with you and start having a blast. Remember, you should never be afraid to let the other person take the lead, but don’t be too afraid to jump into the conversation on your own, either! Have sex chats and spice up your life now and in the future!