Onenightfriend
Blog
Recognizing the Signs That Your Boyfriend Is Cheating

How to Know If Your Boyfriend Is Cheating? 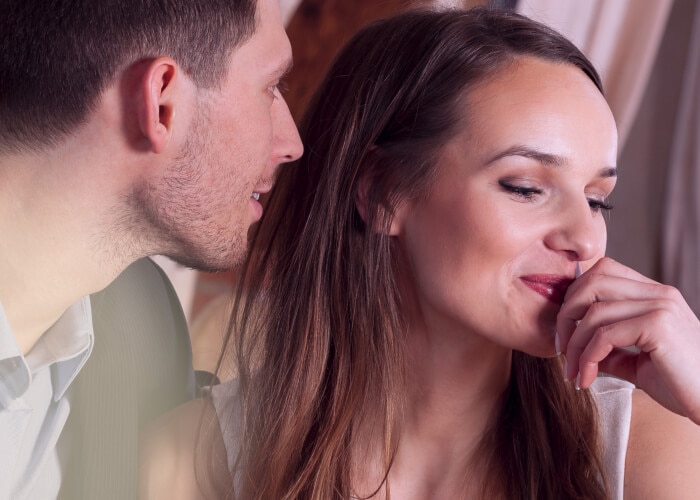 If you are suspicious that your boyfriend may be having an affair or seeing someone else behind your back, the feeling of not knowing can sometimes be worse, so it is important to understand how to tell if your partner is cheating. While it can often be perfectly innocent, there are some signs of cheating that shouldn’t be ignored. The most obvious ones also can’t be denied. If you suspect that you may have a cheating boyfriend and want to know for sure, then read on and discover the various signs a guy is cheating.

The Most Obvious Signs of Cheating

Some men are more discreet and better than others at hiding the fact that they are cheating, and some don’t see that it is a bad thing. Others expect to be able to get away with it while some agonize over their actions. The most obvious signs are the good old-fashioned gestures. He comes home with flowers or gifts for no reason. This one is one of the oldest cheating tricks in the book, and actually, many people will say “why have you bought me flowers, are you having an affair?” even though that is intended as a joke. There is also the old cliché of lipstick on the collar and the fact that he smells of another woman’s perfume.

In this day and age, there are more triggers than previously. Modern technology now gives us access to talk to others and carry out affairs in more ways. Texting, What’s App, Facetime, private messaging. All of these things can be used to carry out message conversations and video messaging. Your man’s relationship with his phone is a strong indicator that he may be seeing someone else. If he previously used to leave it lying around, didn’t seem to bother with it much, didn’t have a lock code, and was happy for you to hop on and use it, but this behavior suddenly changed then you may have cause for concern. If he keeps his phone face down, out of sight, suddenly seems very edgy about you being near it, then this is a strong sign that your partner is cheating.

How Does He Behave Towards You?

If you are wondering “is he cheating on me?” – ask yourself how he is with you. When was the last time he touched you, tried to have sex with you, or just showed general affection towards you? If you are no longer intimate and tactile with each other, and if he doesn’t seem bothered about having sex, he may be getting his satisfaction elsewhere. This can be distressing, especially if you have always been physically connected. Talk to him about why he isn’t connecting with you.

Why Do People Cheat?

If someone is truly happy in a relationship, they have little reason to go looking elsewhere. For those couples that are truly in love, they barely have time to notice someone else for the fact that they are entirely enraptured with you. If you are arguing, have had some relationship issues, aren’t sleeping together, or you just aren’t right for one another, then he may be looking elsewhere for someone that he connects with. Some men can’t get enough sex, and often their affairs are purely sexual, while others may have had their head turned by someone in the office or somewhere else in their life and have not been able to resist the temptation.

How to Prevent Cheating?

Knowing that your relationship is having problems or doesn’t really work is the biggest step to prevent cheating. If you are arguing a lot and can’t seem to agree on anything, then perhaps it is time for the two of you to sit down and talk. Don’t just let things fester as that is when your man may be tempted to stray and look for another woman or man or turn to someone that is waiting for them! Talking about the problems and deciding whether to address them and give it a try or whether it is time to move on will prevent even bigger issues further down the line.

Suspecting That He Has Been Cheating

If it is too late to prevent cheating and you are very suspicious that he is seeing someone else, then it’s not something you can ignore. Once that doubt is there, it is hard to suppress it and just to ignore it and carry on as normal. If you are still just suspicious at this stage, then it is unwise to blow your lid and make accusations until you are sure. Do some investigating and look for all the signs:

Only then should you start to address your concern, but rather than shouting at him and throwing things, sit down and try to be calm and talk about it. If you are calm, he may just be relieved to tell you that he has been seeing someone else and to get everything out in the open instead of living with this big guilty secret.

Can you Forgive and Move On?

Deciding whether you can move on from this is a big step. Once the trust has gone, it can be difficult to regain it. Some couples do come back from a minor discretion and put it in the past, although it can raise its head in the future. If you believe that you can work through it and are both willing to put effort into your relationship, then hopefully, one day, it will all be just a distant memory. If you are finding it difficult, though, and can’t move past it, then you may need some time apart for a while to re-evaluate things.

Suspecting or discovering that your partner is cheating is a horrible feeling that can eat away at you and can damage your confidence. The number one priority should be looking after yourself and putting yourself first in this instance. Do your detective work before you get carried away with unfounded accusations first and only tackle the situation when you’re sure that your boyfriend is having an affair or carrying on with someone else.