Onenightfriend
Blog
Women Who Like Older Men Know What They Want 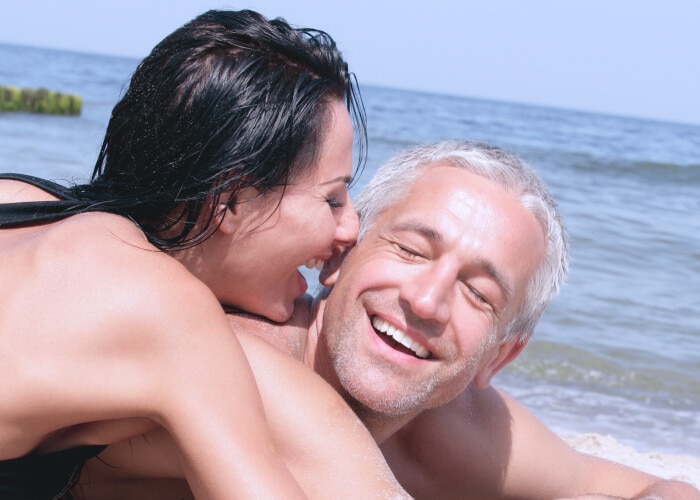 For some reason, many of us believe that we should date people who are of a similar age to us. There is a reason for this, and that could be linked to the belief that if you are with someone of the same age, then you can grow old together. This traditional way of thinking is slightly outdated, and we cannot forget about how we cannot control whom we fall for. Therefore, if you start dating and meet someone older than you, then you might fall for their charm and ways, but why do girls like older guys?

Some women are not interested in dating people who are the same age as them. In fact, there are women out there who are only interested in older hookups. The difference in age is all down to their own choice, but they want a man who has the experience and has an understanding of what women want. Women believe that older men have been about long enough and have had enough relationships to know what it takes to please a woman. Whether that is in the bedroom or from an emotional point of view, women believe that dating an older man will give them what they want. In many ways, this is true, and experience counts for a lot. However, just because a man is older and has the experience and an understanding of how to treat women, it does not mean that they are right.

How to Date an Older Man?

When it comes to dating, if you date someone who is a similar age to you, then there is every chance that you are going to have a lot in common. You might enjoy the same music or films, and you might even frequent the same bars. Despite this, when it comes to single women who are looking for an encounter with an older man, they need to understand that things work differently.

Older men are different in many ways. They have lived their younger years, and they have been there and done it, which means that they are now more likely to have a different outlook on life. So, the trick to dating an older man is to ensure that you understand that things are going to be different. They are not going to want a fast-paced romance, but they will want to take things in their own stride. While they will love the attention of younger women, they might not have the same energy levels as they once did, which means that it is important for women to change to fit in with the needs of their men. This is no bad thing as it means that women get to explore the needs of an older man while removing themselves away from the traditional dating encounter. They might prefer quiet cafe’s or laid back bars while they might prefer to play a leisurely round of golf instead of going to the gym. However, what they will have is plenty of passion, and that is why women love older men. They might have a change in pace when it comes to life, but they still have that youthful zest when it comes to dating and romance.

How to Attract Younger Women?

Women are attracted to older men for many reasons. This can cover anything from his finances to his looks and his experience, but for an older man, if he wants to attract a younger woman, then he needs to understand what they want. younger women looking for older men are not going to want to change their ways to the point where they become old before their time. They will understand that they will have to adapt, but it is a two-way street, and older men are going to have to understand that they will need to put themselves in the shoes of a younger woman.

As a result, older men might be expected to try and act more youthful. They might have to put up with late-night dates and long calls on the phone, something which they thought they had left behind in their younger days. What’s more, they will also be expected to dress smart because as men get older, they change the way that they dress. This does not mean that they have to dress like a trendy twenty-something. Instead, they will have to dress smartly while looking classy. Women also want a man who shows off his passion and desires. There is no need for older men to bottle it up. This is their chance to discover themselves again and find out what the modern younger woman is looking for. Older men have to be willing to change and become someone they are not to some extent. However, they won’t have to lose their identity altogether, but a bit of giving and taking goes a long way.

The reality is that girls who want older men know what they want, and they will keep trying until they get it. They want to make connections with older men because they want that fast-track route to a real date without the fuss. There is no doubt that women are looking for an older man because he has been there and done it. He should know what women want, and he should have an understanding of what it takes to please them. What’s more, he also has certain respect when it comes to taking care of women, and ultimately that is what every woman wants. They don’t want a relationship with someone hard to understand. Older men give them what they are looking for without the hassle.