Onenightfriend
Blog
Sexual Fetishes and Kinks- Everyone’s Got Them, But What’s Yours? 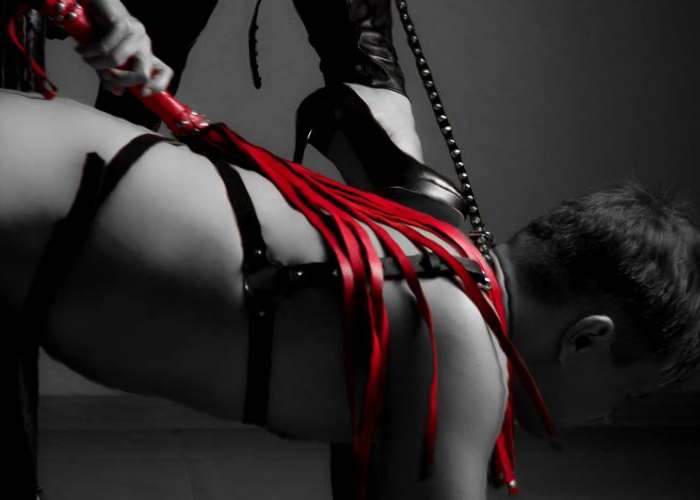 Fetishes don’t have the stigma that was once attached to them. As society has grown more liberal and broadminded many fetishes that once upon a time embarrassed people or, worse, were even criminalized are now mainstream. Fifty shades of grey, a book that focused on a sadomasochistic relationship, was a bestseller and later became a blockbuster film.

Men are much more likely to have a fetish than women, and many are sexually attracted to females wearing high heels or suspenders or similar clothing types. However, a fetish can be on a far more unusual item than that - even something as bizarre as wellington boots, horn-rimmed glasses, or navy uniforms. But if the clothing or item arouses a sexual attraction in a person, it can be described as a fetish.

Most Common Fetishes Include Clothing

At its most extreme, it’s possible that a person can only get aroused if someone is wearing a fetish article. Many men prefer to sleep with women if they are wearing an article of clothing, like suspenders and stockings or thigh high, high heeled boots to a naked woman.

However, there is also a much broader definition than the strict dictionary definition of a fetish than an item of clothing or an object that causes sexual arousal.Because although a fetish technically refers to an attraction to an inanimate object (although it might include body parts such as feet), many people also bracket it with sexual activity that society traditionally considers unacceptable.

Normal Fetishes in the Bedroom

But how times change, and much of what was once deemed unacceptable - and remember not so long ago homosexuality was an illegal offense in the UK - is now a popular pursuit that many people pursue eagerly in the bedroom.

Perhaps the one that men (and women for that matter) are most likely to pursue is bondage. This is where one partner, either male or female, ties up the other or similarly restricts their movement. Some people like being tied up, others prefer to control andtie up their partner. You can use kinky handcuffs or simply a tie or scarf. And you can tie up the other person to a bedframe or similarly restrict them.

Whether one or both is naked is is up to both partners. Of course, if you’re really into this scene,, you can purchase more substantial props, such as shackle mounts or suspension bars. Some blindfolds can be worn, as well as mouth gags.As for who is in charge and who is submissive, it can be the same person all the time, or you can switch roles.

Bondage is a Common Fetish 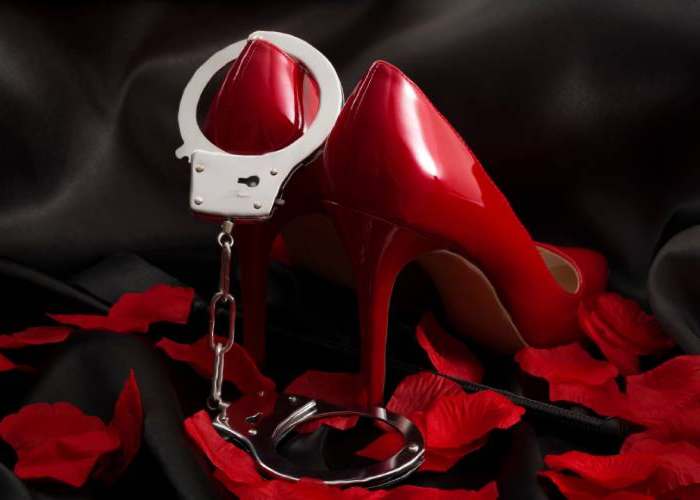 Perhaps that’s because it’s the reverse of what happens in real life, where women are more likely to have a subservient role. Whatever the reason, the woman is most probably the one delivering the punishment, which can take various forms. She could whip or cane her victim or slap him across the face. Perhaps stick needles in him or thrash him with a tawse or paddle. Or maybe it could be as harmless as simply tickling her prey.

Other Fetish Items Can Come Into Play Here Too

This brings us to the SM of our acronym, Sadist and Masochist, or Sado-Masochism.Here a sadist is a person who gets sexual gratification for inflicting pain or hurt to another person, and a masochist is someone who gets sexual gratification from being hurt. However, some people get sexual satisfaction either way. If the woman is the dominant partner, she will be the mistress, and if the man is in charge, he will be the master. Golden Showers Are on the Fetish List

There are other more painful forms of extremes of CBT too. The woman can kick him forcefully between the legs. Or walk on his balls and penis in bare feet or even high heeled shoes. Plus, she can whip or cane his genitals with a whip, paddle, or other implements.However, it’s probably a good idea to agree on the limit of what she’s going to do before the punishment treatment progresses. And maybe to agree on a safe word, in case she inflicts permanent damage!

If the male will be tied up and gagged during the CBT, a safe word won’t be possible, so it may be an idea to agree on some movement or banging of the limbs to mean that the male has had enough punishment and can bear no more!

Humiliation is One of the Most Common Kinks

This is another kink that is more likely to involve a dominant woman and a submissive man than the other way around. One partner or the other verbally abuses the other. If the man is dominant, he might call the woman a bitch or a cow or slut. If the woman is humiliating the man, she’ll more probably be attacking his masculinity. Possibly calling him a girl or a sissy, or maybe it’s his turn to be labeled a slut or a bitch. In humiliation role play, sometimes clothing me be worn that humiliates too. The male will dress up as a female, often as a schoolgirl or even as a baby. These Are Just Some of the Common Kinks and Fetishes

And they can go further than we described. For example, genital torture or CBT can include using needles to pierce the penis and balls, or nettles; the man can be tied up and punched by the woman like a punching bag. Other more extreme fetishes and kinks include where one person spits in the other’s face or even forced their partner to eat regurgitated food. And some include cuckolding as a fetish, where one partner has sex with another person while their usual partner is forced to watch.

Tips for Kinks and Fetishes

However, whatever kink or fetish turns you and your partner on, the essential thing to agree is that you both want to do it - in other words, that all people involved are consenting adults. And no permanent damage or lasting scars should be given to either partner - although even temporary whip or paddle marks might be embarrassing if seen in a public place like a swimming pool or sauna!